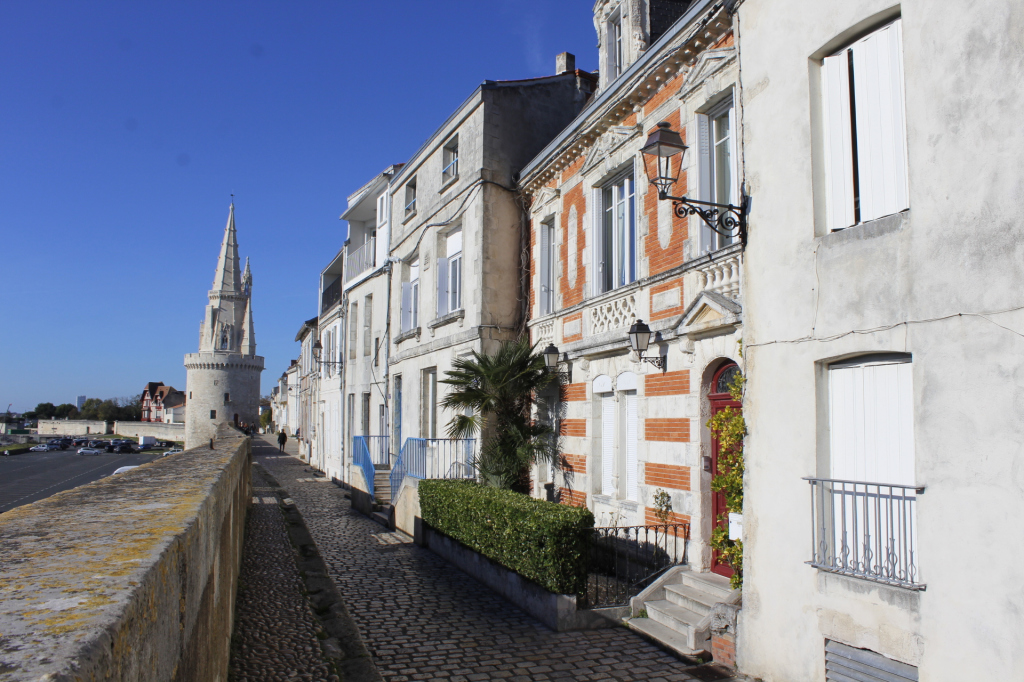 La Rochelle, the first city of Charente-Maritime, rich in a superb architectural heritage linked to its maritime past, is seeing its notoriety grow more and more.

Founded in the 12th century by William of Aquitaine, it became prosperous through its trade in wine and salt via the maritime routes.

In the 16th century La Rochelle established herself as a defender of Protestants, and therefore threatened the policy of unification of the King of France, following the Great Siege of 1627-1628, she had to submit.

It was again by sea that it took off with trade to New France (Canada) and the West Indies. From the 17th century, the “triangular trade” (the slave trade) and the colonial exploitation of the West Indies enabled La Rochelle ship owners to enrich themselves with the sugar cane trade. The construction of rich mansions testifies to the success.

La Rochelle experienced a new decline with the Revolution and the Empire.

In 1890, the creation of the commercial port of La Pallice (now the 6th largest port in France) allowed it to develop with a strong demographic surge, and since the 1950s La Rochelle has continued to grow.

It becomes an attractive city with its large marina at Les Minimes, its old quarters and its historical monuments which now attract tourists. It has also stood out since the early 1970s and 1980s with the creation of a university campus, and creates an exceptional quality of life by promoting renewable energies, sustainable mobility, respect and enhancement of natural spaces, or by hosting many festivals, often in a summer atmosphere.

La Rochelle is the prefecture of the Charente-Maritime department which is part of the Nouvelle-Aquitaine region whose capital is Bordeaux.

Places to see in La Rochelle